Print
Special Reports: 64 – The Impact of Digital Media on the 2019 Indian General Election
Ronojoy Sen, Katharina Naumann and Vani Swarupa Murali
31 October 2019
The 2019 Indian general election saw the widespread and innovative use of digital media and technology. Most political parties employed digital media extensively for campaigning and voter mobilisation. This extensive use of digital media was due to nearly half of India’s 900 million eligible voters having access to the Internet and social media. The country has around 300 million Facebook users and over 200 million on WhatsApp, which is more than any other country. Indeed, the 2019 election was dubbed by many as the ‘WhatsApp’ election. In addition, millions in India use other media platforms such as the regional language platform ShareChat and the globally popular TikTok. The Institute of South Asian Studies at the National University of Singapore and the Konrad Adenauer Stiftung organised a joint workshop titled ‘Digital Media, Politics and Elections in India’ on 28 June 2019. The event brought together researchers, policymakers and representatives of digital media companies. This report largely draws upon the discussions at the workshop. It focuses on two key areas. First, the new campaign strategies used in 2019, such as different types of political rhetoric, the use of vernacular language mediums and the seamless transition between the online and offline space. Second, the imperatives of regulation and how they relate to artificial intelligence, ethics and state institutions. There were remarkable changes between the Indian general election of 2014 and 2019. The digital divide within India increasingly narrowed and this made it even more important to study the effect of digital media on politics. In 2014, one in five Indians had access to digital media and that increased to one in three in 2019. The quality of access also dramatically improved with low-priced smartphones and cheap data plans. The 2019 general election saw a spike in online rumours and fake news. There were efforts at regulation by the government, particularly the Election Commission and technology companies. These, however, turned out to be of limited efficacy. 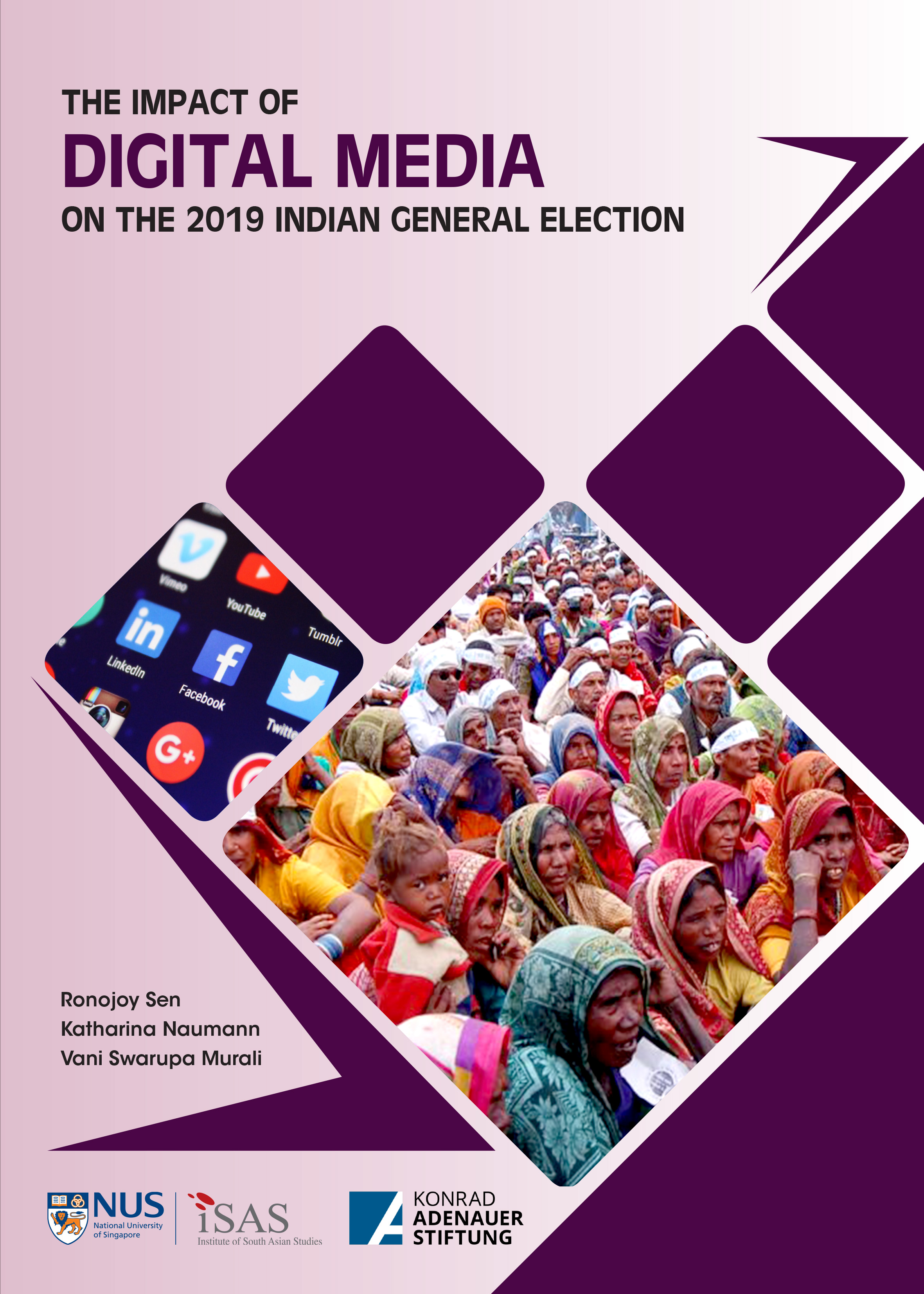