Print
South Asia Scan Issue 2- Afghanistan : Time for Peace ?
Rani D Mullen
24 April 2019
In 2019, Afghanistan appears at a political precipice, with the Taliban controlling more territory than at any time since 2001 and the United States (US) administration talking to the Taliban in order to withdraw their troops, if possible, before the US elections in 2020. After arguably four decades of war – a war which has killed more than 32,000 Afghan civilians in the past decade – war-weary Afghans want peace, as do their international supporters. Yet, in the changing political and security climate, many worry that the significant gains achieved over the past 18 years, ranging from women’s rights and a more than doubling of school enrolment rates to a 20-year increase in life expectancy, might be sacrificed in the rush to negotiate a fragile peace. This situation requires urgent efforts amongst Afghan and international policy makers, analysts and researchers to better understand, analyse and propose ways of ensuring successful peace talks and indeed prevent a return of a Taliban government, as well as longer-term stability in the region. This publication first provides a brief historical overview of Afghanistan up to 2018 before analysing the main international, domestic, and individual-level factors contributing to the ongoing conflict in the country. It then examines the recent political dynamics with the potential to change the conflict, including the rising domestic and international pressure for peace. It also points to a ‘tipping point’ like the current situation where the political balance, which just last year looked to be a drawn-out stalemate, is shifting in favour of the Taliban. Yet, any plan to end the long war in Afghanistan can only succeed if it is seen as legitimate in the eyes of the Afghans and is supported by Afghanistan’s neighbours and international backers. Any peace plan will also need to successfully navigate political minefields, ranging from holding inclusive peace talks to safeguarding the human rights of the Afghans. If the challenges to peace talks can be addressed in a manner satisfactory to the Afghan people, then the balance might finally tip in favour of ending a war that has caused huge bloodshed and tragedy for over a generation of Afghans. 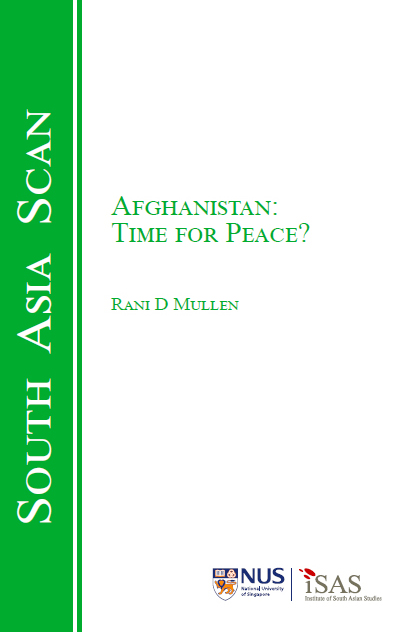